Medical Instruments: How Do They Cause Birth Injuries?

Recently, the preferred method of expediting the delivery of infants who experience difficulties in labor or at birth has changed. In the past, doctors would sometimes apply medical forceps to assist in "guiding" an infant through a difficult or prolonged labor and birth. However, while the overall rate of operative-assisted vaginal delivery has remained stable over the last ten years, doctors are now choosing to use vacuums rather than forceps, and the rate of vacuum use has increased relative to forceps application. 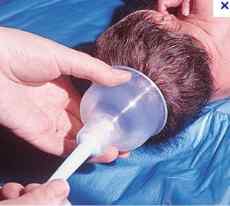 These methods of assisting in labor and delivery can be very dangerous, especially because they do not always work: The percentage of failure to further descend an infant after forceps application has been reported as approximately 7%, while it is almost double at 12% after vacuum-assisted vaginal delivery.

The rates of injury to infants at birth also goes up tremendously when forceps or vacuum are involved, especially when both instruments are used, or there is a prolonged use of either vacuum or forceps. Furthermore, the vacuum pulls on an infant's head can cause trauma, including subgaleal hematoma, or a pooling of blood and edema between the skull and skin of a newborn's head. There is a large increase in risk for this injury when there is a "pop-off" or "fall-off" of the vacuum.

But what are these instruments? What do they look like, and how are they used? We would like to provide a basic overview of vacuum and forceps and how they are used to deliver a baby.

1. What is a vacuum extractor?

A vacuum extractor is a machine with a small rubber or soft-polymer cup attached to a vacuum engine. The soft cup is attached to a baby's skull, and suction ("traction") is applied to help assist in pulling the baby out, with maternal efforts being applied throughout. The original vacuum devices had a hard cup, the most famous of which was called the "Maelstrom".

Forceps are exactly what they sound like: a scissor-like metal apparatus used for grasping. Different designs allow the forceps to curve to the shape of a baby's skull when in the normal birth position, facing down, head first (occiput-anterior) and to assist in guiding a baby during birth. Some forceps are curved, while others are straighter. Some allow obstetricians to lock the forceps during contractions, and unlock them afterwards.

3. When does a doctor decide to use a vacuum extractor or forceps?

The use of a vacuum extractor or forceps usually occurs when a labor is prolonged, difficult on the mother or baby, when the baby begins to show signs of hypoxia (hypoxic-ischemic injury, HIE, metabolic acidosis), or when maternal pushing efforts fail to deliver a baby.

4. What type of birth injuries are common when a vacuum extractor or forceps are used?

5. What is a brachial plexus injury?

While many of the above injuries are explained elsewhere on our site, we wanted to define brachial plexus injury. The brachial plexus is a nerve cluster that is connected to and transmits signals to the spine regarding movement of the hand, arm, and shoulder. When the nerves in this area are impacted during birth, movement of these areas of the body can become partially or totally impaired. When instruments are used, there is an even greater risk of injury to the brachial plexus, since pulling on a baby who is stuck in the birth canal with a vacuum or forceps is an extremely dangerous and risky procedure.

Some of the symptoms of a brachial plexus injury include:

A baby might show symptoms of this injury by favoring one arm over the other, or by exhibiting "dead-arm," where the baby does not support the injured limb and it remains limp.

Brachial plexus injury can cause Erb's Palsy, a condition that results from partial or total paralysis of the upper brachial plexus. Klumpe's Palsy is the corresponding injury that occurs on the lower brachial plexus. Both are caused when an infant's shoulder becomes impacted on the mother's pelvis during delivery. This is common in large or malpositioned babies.

This can cause the nerves of this cluster to stretch, causing short-term or permanent injury, or even tear, causing permanent, total injury to the following:

There are surgeries and physical therapies that can assist with these injuries, but the prognosis is typically better for stretches rather than tears.

If you believe you have a birth injury case, do not hesitate to reach out to our firm!