Oversight, Education and Therapy: Not "Optional" for Children with Cerebral Palsy 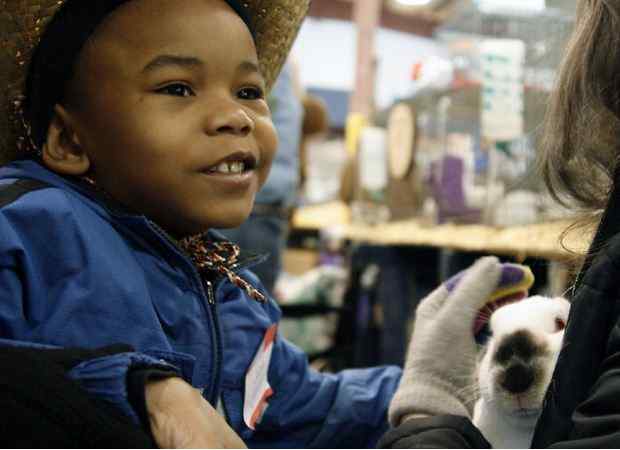 There isn't any argument about two fundamental ideas regarding the care and treatment of those with cerebral palsy:

However, two news stories that have gotten recent publicity highlight the need for the best care and oversight for children with cerebral palsy.

In the first case, two teachers from Alabama were caught on tape taunting and verbally abusing a 10-year old boy with cerebral palsy. His mother had suspected something was wrong at school, and attached a recording device to his wheelchair. What she found was shocking, to say the least.

The audio tapes caught two voices reprimanding the young boy, Jose Salinas, due his lack of control over his salivation, calling him "disgusting," and further show long periods of time where the boy was left completely alone.

The female teacher accused, Alicia Brown, is heard saying: "Why is my paper wet? Look at me and answer. That's not an answer. That's not even a word…Do you seen anybody else at this table drooling? Then, stop. You've got drool all over your face and it is gross."

Alicia Brown, as well as the other teacher accused of neglect and harassment, Drew Faircloth had been placed on administrative leave from their positions at Wicksburg High School, where Jose is a fourth grader.

Jose often came home "sick," and his mother felt that he was not happy at school. When asked about his days, however, Jose would say that he had a "good day" to his family. Jose's mom, a nursing student, took her son to a psychologist, who diagnosed him with anxiety and stress of unknown origin. However, soon thereafter, one of Jose's classmates told his mother the truth: teacher's aide Drew Faircloth had been harassing her son, and had done so three separate times that day alone.

Wanting to gain evidence that this was the case, Jose's mom, Ms. Salinas hid a recording device on Jose's wheelchair, with startling results.

The tapes show that Jose was being nastily taunted regarding his disability. When he wasn't being harassed, he was ignored for the majority of the time he was at school. He wasn't taught, helped, or supervised at all.

Drew Faircloth, a teacher's aide, can be heard on the tapes stating: "You drooled on the paper. That's disgusting…"

Alicia Brown, his supervisor, can be heard stating: "Keep your mouth closed and don't drool on my paper. I do not want to touch your drool. Do you understand that? Obviously, you don't."

Malisha Salinas immediately pulled her son out of school after hearing the tapes. She was heartbroken and angry with the teachers responsible. She was interviewed soon thereafter by ABCNews.com, and stated: "I could not believe someone would treat a child that way, much less a special needs child. The anger in his voice … and the thing he was getting angry about, [my son] just can't help."

She then played the tapes to the school board for Wicksburg High School, and the teachers were placed on administrative leave. Jose returned to school, but when the teachers were returned to their positions within days, Salinas pulled her son, known affectionately as "little Joe" to his friends and family. This time, however, she wasn't alone.

Other parents took their children out of the school in protest and in solidarity with Malisha and Jose Salinas. Furthermore, Ms. Salinas brought the tapes to the local media, who added pressure to the school board, who again placed the teachers on leave. Superintendent Tim Pitchford told local reporters: "There were some very disturbing things on the tape[s]. Employees were not very compassionate to the needs of the child and the symptoms of his disability. It did not appear on the tapes that there was much teaching going on."

After the teachers were removed, Jose's mom could tell the difference immediately:

"He's so much happier when he gets home from school. He hasn't been sick since the teachers were removed." Jose's classmates have also been happy to report that he has been "smiling all the time, talking all the time, nothing but happy."

This story isn't an isolated incident. In Georgia, a special needs boy by the name of Alex Williams, who has cerebral palsy, was reportedly "slammed into lockers, isolated in darkened schoolrooms, [and exposed to] vulgar language by a teacher."

After a case was filed against the school district and superintendent of Hopewell Middle School in the Atlanta metro region, the media started reporting on the abuse, which reportedly occurred during the 2006-2007 school year. Alex wasn't the only one: Court documents state that teacher Melanie Pickens abused Alex Williams as well as other students. These charges had previously been substantiated by a Fulton County School district investigation in 2007. Despite this internal investigation authenticating the abuse, no charges have been filed against teacher Melanie Pickens or the principal at that time, Frances Boyd.

Despite the extensive abuse, none of the children were able to communicate what was happening, due to the fact that they are all non-verbal, special needs children.

The Williams family found out about their son's ill-treatment from the parents of another student, Jake Marshall. His abuse was uncovered first, but was by no means was he the only victim. Jake lives with Angelman Syndrome, and like Alex, is non-verbal, and could not report the abuse to his family. Due to the fact that special needs children are isolated in an area of the school called "G Hall", a section of the school used solely for special needs children, there wasn't anyone else there to advocate for the children.

In May 2007, Susan Trallant, a special needs teacher at Hopewell found Jake isolated in a room, strapped to a chair. He had been alone for hours: "He had defecated and actually gotten it everywhere. All over him, all over the chair he was sitting in, all over the floor…" said Tallant in an interview with CNN. However, Tallant's colleagues discouraged her from reporting. They stated that nothing would be done, and she would be alienating herself from the rest of the staff. Tallant ignored these warnings, and wrote an incident report regarding what she saw. A formal investigation was sparked by her efforts. "I was just doing my job," Tallant told CNN.

After an investigation firm, BDI, was hired by the school district, more details began to come to light. Principal Boyd had been notified of other incidents regarding these children, but nothing had ever been done, contrary to Georgia law and common sense.

What is Needed for Special Needs Children

As evidenced by these two incidents, it is important that special needs children, such as those with cerebral palsy, receive 24-hour care and assistance both in therapies and at school, where they are at the mercy of sometimes-cruel educators and assistants. However, private education and round-the-clock caregivers are extremely expensive; if your child was a victim of injury at birth due to medical malpractice, the costs of care and educational assistance can be recovered from those responsible. Our law firm, Beam Legal Team, represents children who are victims of medical negligence. If you suspect your child might have been injured at birth, you may want to contact a Chicago birth injury lawyer for advice on how to proceed.