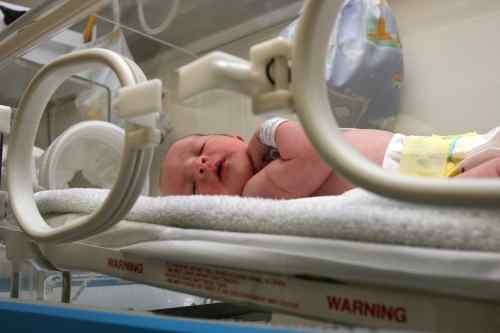 Cerebral infarction (“stroke”) is a rare but serious condition that can result when doctors improperly use tools such as forceps or vacuum during delivery to assist difficult birth. In a neurology article from 1980 written by Uros Roessmann, M.D. and R. Tyler Miller, J.M.S., a case study is presented in which a baby girl suffered a middle cerebral artery occlusion after a high forceps delivery attempt.

Once the child was born, the baby did not cry or breathe. After resuscitation efforts, she began breathing on her own after 30 minutes. She was intubated and later began suffering seizures. After being transferred to a children’s hospital, the child was described as having a severely molded (deformed) head with cephalohematoma (bleeding in the head), large hematoma behind the left jaw, and bruises covering the right side of her head. Blood was also discovered in her ear canals. Facial weakness was apparent, and she exhibited decreased movement in her limbs.

She required medication for the seizures. Hemorrhages were found in her eyes, whose pupils were only sluggishly reacting to light. Later that evening, the child lost muscle tone as her pulse and respiratory rate slowed. By the fourth hospital day, the child had died. An autopsy revealed severe external head trauma. The cause of death was traumatic occlusion of the middle cerebral artery, which is a stroke in one of the major blood vessels in the brain, brought about because of the forceps use during her traumatic birth.

Other documented cases of middle cerebral artery blood clot and stroke have happened because of birth trauma.

If your child has suffered a serious and preventable birth injury, we invite you to contact a Chicago birth injury lawyer at Beam Legal Team to talk about your options. You and your child deserve justice – call (866) 766-38064 to get in touch with an attorney.