The American Conference Institute’s (ACI’s) 18th Annual Advanced Forum on Obstetric Malpractice Claims recently took place in Philadelphia the end of June. Beam Legal Team’s own founder and Managing Partner, Attorney Jack Beam, had the honor of being asked to speak at the conference. Jack was part of a 3-person panel that spoke regarding “Examining the Current State of the Cranial Compression Ischemic Encephalopathy Argument” (CCIE).

Obstetric malpractice claims are attached to some of the highest settlements and verdicts in the malpractice field. The ACI’s recent forum focused to help those in the legal world – both attorneys and expert witnesses – stay up-to-date on the ever-evolving medical and scientific advancements, the large body of literature regarding such developments, and the general wide-range of news in the area of obstetrical malpractice. 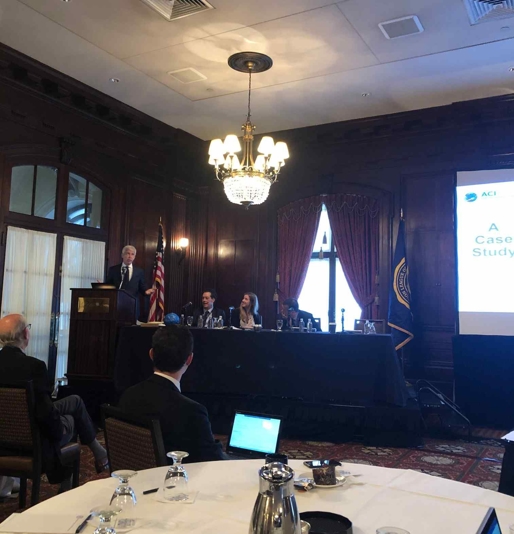 CCIE is simply and more commonly known as Head Compression: Hypoxic Ischemic Encephalopathy (HIE) from cerebral compression causing ischemic and hemorrhagic injuries or head compression. It is a permanent form of brain damage caused by compression of the fetal head from a lack of blood flow (ischemia) and trauma (hemorrhagic injuries). These births often include the injudicious use of Pitocin (or Oxytocin), which is 1 of 10 “High Alert” drugs in the nation. The nurses do not possess adequate training to recognize that too much Pitocin causes excessive uterine activity, which leads to uteroplacental insufficiency and further depletes the baby of oxygen and blood flow. Unfortunately, many obstetricians out there are not recognizing that head compression is a mechanism of injury that not only exists but is the culprit of permanent and irreversible – yet totally preventable – brain damage in infants. This debate often finds attorneys in a Daubert or Frye challenge (depending on the state), which is comparable to a “mini-trial” on the issue of causation.

Beam Legal Team has been a trailblazer in this controversial topic of law for many years. We have won many Daubert challenges and obtained leading decisions in Ohio and Michigan. Attorneys Beam, Patterson and Timoney will continue to fight for brain-damaged children all over the country.

With experience in infant brain injuries going back years, Jack was obviously the perfect person to speak on the Obstetric Malpractice Claims Forum’s CCIE panel. As the founding partner at Beam Legal Team, he has led our team of Chicago birth injury attorneys to national recognition, and made it his life’s work to fight for injured infants and their families. If you or someone you know needs representation in a CCIE case or for a similar claim, do not hesitate to call our experienced birth injury lawyers. Remember, Beam Legal Team has recovered over one billion dollars in compensation for our clients, and will never stop fighting to hold the medical establishment responsible for negligence.

Make sure your family gets the justice it deserves. Call Beam Legal Team Now at (866) 766-3806, or click here to request a free consultation online.