According to the Centers for Disease Control and Prevention (CDC):

This disparity is unacceptable, especially when you consider the experiences of some of our clients at Beam Legal Team, LLC:

Instrument Injuries and Other Types of Negligence

Negligent doctors and hospitals commit all kinds of malpractice on our black and brown clients. Sometimes this malpractice can come from negligent operative delivery with forceps or vacuum or, worse yet, use of “double instruments,” which is exactly what it sounds like. This kind of negligence can cause unborn babies to suffer perinatal ischemic strokes or cerebral infarcts and Hypoxic Ischemic Encephalopathy (HIE). Sometimes the malpractice can force traumatic head compression when a baby’s head is simply too big for a mom’s pelvis, causing hematomas and tentorial and other bleeds.

Other times, nurses fail to monitor patients, call doctors, and advocate for emergency C-sections in order to avoid disasters.

One such disaster occurred in a suburban community hospital on the west side of Chicago that typically serves poor and mostly black and minority patients. Our client, a black mother with 10 prior children, came to the hospital for care with an exceptional number of high-risk factors. She was older (40 years old), had 10 children already, was overweight, and had severely high blood pressure – not to mention a very dangerous hypertensive condition called severe preeclampsia.

Given her extremely high-risk status, Illinois law required our client to be evaluated by a perinatologist, or a maternal fetal medicine specialist (MFM), which is am OB/GYN who specializes in high-risk pregnancies.

Unfortunately, this community hospital did not have any “in-house” MFMs, nor did it have any general obstetricians available for our client. Instead, the only doctors our client had access to were young and inexperienced family practice doctors, who were employed by the federal government. Because our client went to an underfunded hospital serving an underfunded and neglected population – black mothers and babies – she did not receive the care she so desperately needed.

As a result, our client and her baby in utero were never evaluated by an MFM and never evaluated by a general obstetrician. Mother and child were left alone, without medical monitoring and with dangerously high blood pressure, for 12 hours. After hours upon hours of neglect and delay, the doctors and nurses finally discovered that Baby Alayna’s heart rate crashed and became bradycardic, or slower than usual

Even with Alayna’s compromised heart rate, it took the unqualified and inexperienced family practice doctors another 36 minutes to start a “crash” C-section – something they should have completed in 10 minutes or with the circumstances of the pregnancy. By the time the surgery was underway, doctors found Baby Alayna in her mom’s stomach, because the mother’s uterus had completely ruptured, and the placenta had totally detached.

The infant’s arterial cord blood gas was pH 6.52, meaning she had been severely deprived of oxygen. Baby Alayna suffered severe hypoxic ischemic encephalopathy – brain damage from a lack of oxygen.

Today, as a result of her severe HIE, Alayna is a 3-year-old girl with severe cerebral palsy. She will never be able to walk on her own, talk, communicate, work, or live independently. Alayna will require assistive care to manage her g-tube feedings and seizure medication 24 hours a day, for the rest of her life.

If our client and Baby Alayna had been white and seen at any one of Chicagoland’s university-affiliated hospitals, things would have been different. First and foremost, there would have been multiple MFMs and OB/GYNs available to evaluate and treat our high-risk patient.

We have little doubt that these trained, experienced, and credentialed MFMs and OBs would have seen Alayna and her mother, recognized her high-risk status, and treated her nearly immediately with an emergency Cesarean delivery.

Had these reasonable steps been taken, Alayna never would have been subjected to hours of neglect, oxygen deprivation, and severe brain damage. Today, Baby Alayna would be learning to ride her bike, instead of being confined to a wheelchair. In short, Baby Alayna would be a happy and healthy little girl.

When we tried Alayna and her mother’s case, we had to keep in mind that the negligent family practice doctors who treated them were federal employees. As such, we brought the case in the U.S. District Court for the Northern District of Illinois pursuant to the Federal Tort Claims Act (FTCA).

Shortly before trial, the United States settled its part of the case for $15 million. The settlement we reached with the hospital remains confidential.

The money our client recovered in the settlement will be used to pay for Alayna’s exorbitantly expensive medical, therapeutic, and attendant care – care she will need for the rest of her life.

Our hard work also helps ensure that Alayna has a comfortable and accessible home and plenty of options for safe transportation.

While we can never give Alayna her brain cells back, the money we recovered on her behalf will certainly provide her a better life.

We are proud of our role in correcting this egregious wrong.

Do You Have a Similar Case?

In addition to helping Baby Alayna, we hope our work helps decrease this kind of wrongdoing in the future. Nevertheless, we know our healthcare system has a long way to go.

If you or your loved ones have been impacted by a similar case, Beam Legal Team is here for you. 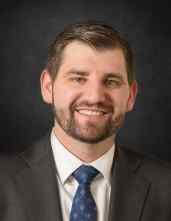 Attorney Matt Peterson is a partner at Beam Legal Team. He was part of the team that accomplished a record-setting $53 Million verdict against the University of Chicago Medical Center in 2016. He pursues the best possible result for each injured victim he represents.