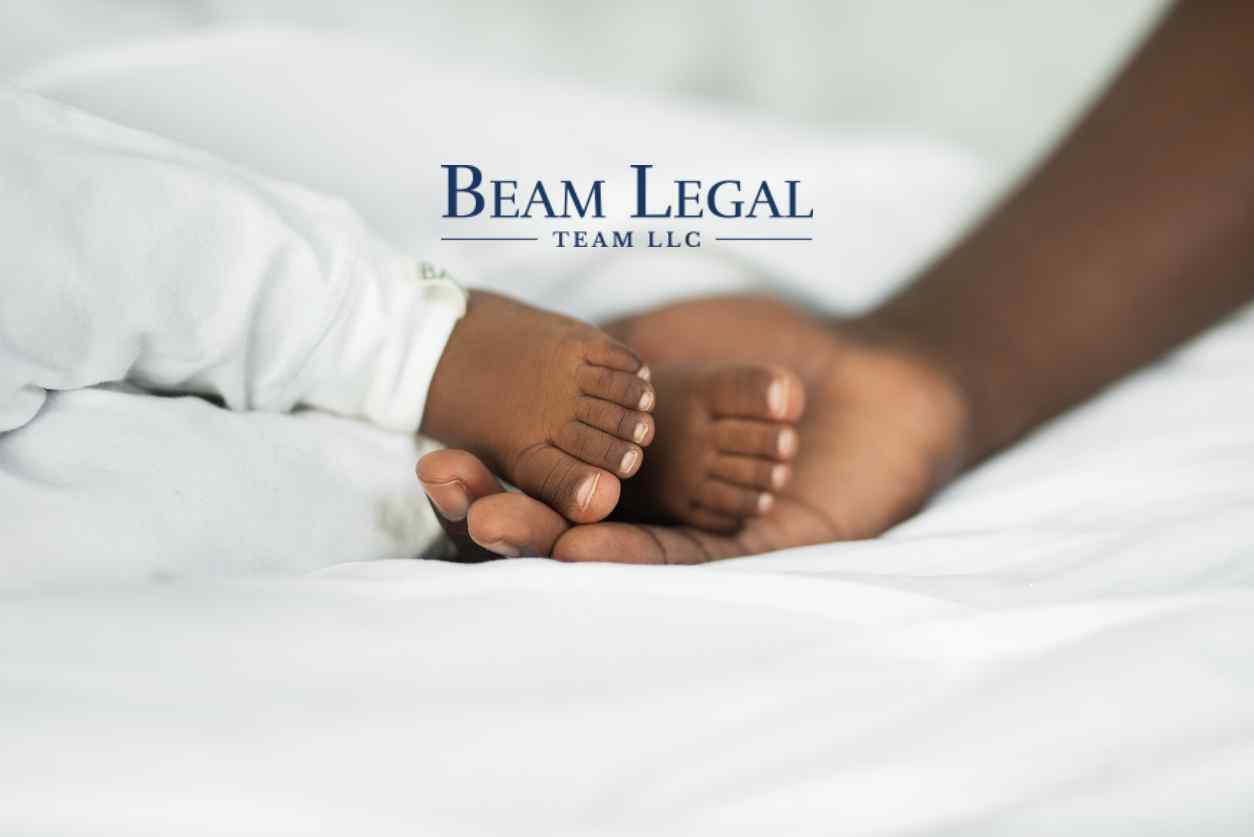 Ever since George Floyd breathed his last breaths under the crushing hateful hands and knees of Minneapolis police, racism has been called out in almost every aspect of American society---including health care. The lynching of the Floyd’s, the Taylor’s, the Arbery’s has conflated with the Covid pandemic just long enough to merit our 24 hour “ADHD” media reporting how blacks have suffered disproportionately to whites from the intractable pandemic.

Depending upon the state, The Scientific American reports that the death rate among black Americans from Covid has been anywhere from two to six times higher than for whites. The media---when it has reported this fact---has covered the convergence of Covid and race, as if blacks suffering mortality and morbidity at higher rates than whites from disease or sub-standard medical care is somehow headline “Breaking News”.

It was thirty years ago, much closer to Rodney King than George Floyd, when I first began representing families in obstetrical and neonatal malpractice injury cases. It was not long after that when I began to witness—albeit as a white lawyer--the connection between substandard health care and racial discrimination. What was the reason then and what is the reason now: why more than eighty percent of my clients are black or brown babies with birth injuries? In 1990 around the time I first started acquiring a medical library of editions of Williams Obstetrics, Volpe’s Neurology of the Newborn, “Gray & Green Journals” and ACOG Bulletins, the Council on Ethical and Judicial Affairs at the Journal of the American Medical Association (JAMA) issued a report “Black-White Disparities in Health Care”.

In a review of 65,000 deliveries in four New York hospitals during a five year period, researchers found that private patients [w/ private insurance] were more likely than clinic patients [w/public assistance] to have a cesarean section, even though the private patients were less likely to have medical problems or to be delivered of low birth weight babies…Thus, blacks were probably less likely than whites to receive cesarian sections even when clinically comparable.

In 2018 Linda Villarosa’s expose, “Why America’s Black Mothers and Babies Are in a Life- or-Death Crisis” for The New York Times Magazine. Villarosa recounted how in 1899 W.E.B. Du Bois was reporting on “the tragedy of black infant death and persistent racial disparities”. Some things never change. RecentlyRolling Stone chronicled the tragic death of a paraprofessional mother-to-be in Brooklyn, “Death of Sha-Asia Washington, Pregnant 26-Year-Old Black Woman, Highlights Devastating Trend”. That trend confirms that black women “are three to four times more likely to die in childbirth than their white cohorts, according to Centers for Disease Control data, and nearly 60% of such deaths are preventable.”

By all indications, Ms. Washington’s labor and delivery was an obstetrical wrongful death case just waiting to happen. She was high risk based on a number of factors, including her weight and elevated blood pressure. Apparently, some physician or resident-in-training let her go past her due date; or what goes by the frigid acronym “EDC” for the estimated date of confinement. During labor, Ms. Washington’s baby’s heart rate dropped on the electronic fetal heart monitor. There may have been a crash C-section called. In a good hospital with a good OB—where statistically white pregnant mothers are more likely to labor—C-sections can be performed in less than 4 minutes from decision to delivery, if an epidural or general anesthesia is “on board”. The Rolling Stone article does not note a crash/code blue, but does report that Sha-Asia went into cardiac arrest and died. Her motherless baby lived.

However, what is most telling and likely proved terminal for this would be mother: she was administered Pitocin during labor and before she went into cardiac arrest.

Speaking anecdotally based on my more than three decades of Ob-Neo law practice Pitocin is disparately increasing mortality and morbidity for black mothers and their babies. At Beam Legal Team (BLT) Pitocin has come to be known as “The Opioid of Obstetrics”. Of course, there is a place in obstetrics for prudent infusion of Pitocin to induce or augment a vaginal delivery. (Even opioids have a time and place in medicine, when used judiciously.)

Pitocin or Oxytocin is a synthetic hormone that stimulates and increases uterine contractions. Nipple stimulation can achieve comparable results, but that takes more time—and time is money in hospitals as in any big business.

Pitocin is one of only eleven drugs that the FDA labels a “High Alert” medication. The known adverse reactions can be serious and catastrophic including death, brain damage and/or central nervous system (CNS) damage. The drug companies that manufacture Pitocin issue detailed precautions, which are actually readable warnings regarding use. For example, “[t]he fetal heart rate, resting uterine tone, and the frequency, duration and the force of contractions should be monitored; [t]he oxytocin infusion should be discontinued immediately in the event of uterine hyperactivity or fetal distress.” I have long lost count of how many nurses and obstetricians when questioned in deposition, admit that they have never even read the Pitocin package insert or even their own hospital policy and procedure that should dictate the proper protocol for safe Pitocin induction.

The root cause of Pitocin abuse/overdose is the ignorance of obstetricians and labor and delivery nurses regarding the reading and interpreting of electronic fetal heart monitors. The number of L&D nurses who deny ever being taught—or so testify under oath---about all the different kinds of non-reassuring patterns of excessive uterine contractions that can be seen on a electronic fetal heart monitor tracing is astounding.

B.L.T. has paralegals who can read and interpret electronic fetal heart monitors better than most labor and delivery nurses. Of course, our lawyers and paralegals have spent many hours learning about fetal monitoring in consultations with esteemed labor and delivery nurses such as Michelle Murray Ph.D., R.N.C., a consummate academic, clinician, who has authored many publications for obstetricians and L&D nurses, including “Antepartal and Intrapartal Fetal Monitoring”. Dr. Murray had also lectured and published for the leading professional association for labor and delivery nurses: The Association of Women’s Health, Obstetric and Neonatal Nurses (AWHONN). In deposition nurses tell me that either they were never members of AWHONN or they cannot afford the membership and their hospital will not pay for it, which has been and continues to be tragic for babies of all colors.

In case after case, Pitocin abuse/overdose is implicated as a primary or contributing cause of a baby’s brain injury or cerebral palsy. In thirty years of practice I have represented literally hundreds of black children, who suffered brain damage or cerebral palsy during labor and delivery, because a “health care team” was infusing too much Pitocin into their laboring mothers causing uterine contractions that were too intense-too frequent and/or too long. Yes, I have also represented dozens of white children whose mothers were also overdosed with Pitocin causing excessive uterine activity that compromised their babys’ in utero oxygenation (hypoxia) and blood flow (ischemia). However, it is notable that in my practice the numbers—80% black v 20% white--are so disparate.

Are doctors and nurses intentionally trying to brain damage unborn babies with Pitocin. Absolutely not! But doctors and nurses do get reckless trying to get a baby delivered vaginally at all costs….actually at all cost savings. C-sections are much more expensive than vaginal births and a woman who has private insurance has a much higher probability of a healthy happy baby.

For a baby born in the U.S., the likelihood of entering the world through the birth canal or by cesarian section is not based strictly on clinical factors. Insurance coverage and the hospital where that baby is delivered also play a role.

Last year, about a fifth of all babies born at DMC Harper-Hutzel hospitals in Detroit were delivered by C-section. At two nearby hosptials, Henry Ford West Bloomfield Hospital and McLaren Macomb in Mount Clemens, Michigan, a quarter and well over one-third of the babies respectively.

For the record Senator Mitt Romney and Michael Moore’s favorite GM/CEO from Roger and Me, were Bloomfield Hills, Michigan residents not West Bloomfield, but that acknowledgment aside, along with Mount Clemens, the demographics of the mothers delivering at those hospitals would be predominantly white and privately insured. In sharp contrast, DMC Harper-Hutzel “serves” black mothers and babies of Detroit. In 2016, the same year of the Modern Health Care stats, BLT filed three lawsuits for obstetrical malpractice during labor and delivery causing baby brain damage in the Detroit metro area. Two of those lawsuits were against DMC Harper-Hutzel. One of those was against Henry Ford Hospital in Detroit, not West Bloomfield. All three of those families and babies were black.

2016 was not an outlier. Never a year goes by that BLT does not investigate and file a case against a hospital for abusing Pitocin on a black mother and her baby in an attempt to avoid a C-section.

To be clear not every obstetrical or neonatal malpractice case involves Pitocin and again our clients come in all colors of the human rainbow.

Certainly, I have had white, brown, and Asian clients, who also suffer gross and egregious medical malpractice to a similar degree, but none were any worse and not at the rate that black babies suffer. Systemic racism is causing black babies to be born neurologically impaired from iatrogenic causes, e.g. Pitocin abuse/overdose, at a higher rate than white babies.

In their 2013 article in Social Science & Medicine by sociologists Joe Feagin and Zinobia Bennefield, “Systemic racism and U.S. health care” noted how in Canada and Europe universal health care has reduced racial disparities.

However, it is not just reduction in racial disparities that could be alleviated by universal health care. The United States has the highest maternal and infant death rate in the developed world.

The U.S. ranks last in child health outcomes compared to 19 other Organization for Economic Cooperation and Development nations with similar levels of economic development and political structures, including Australia, Canada, France, Sweden, Switzerland and the United Kingdom, according to the study published in Health Affairs, a peer-reviewed health care journal.

While black babies are at the very bottom of the obstetrical care delivery chain, I still believe in that aphorism that President John F. Kennedy so frequently borrowed, when he was calling upon the “better angels” in us all: a rising tide raises all ships. Someday when Americans start demanding and voting as if Black Babies Lives Matter, I believe that the mother of all ironies will happen: the health of all newborn babies will improve. Then the color of a mother’s skin will not inform Pitocin versus C-section or any other indicated medical or surgical procedure.