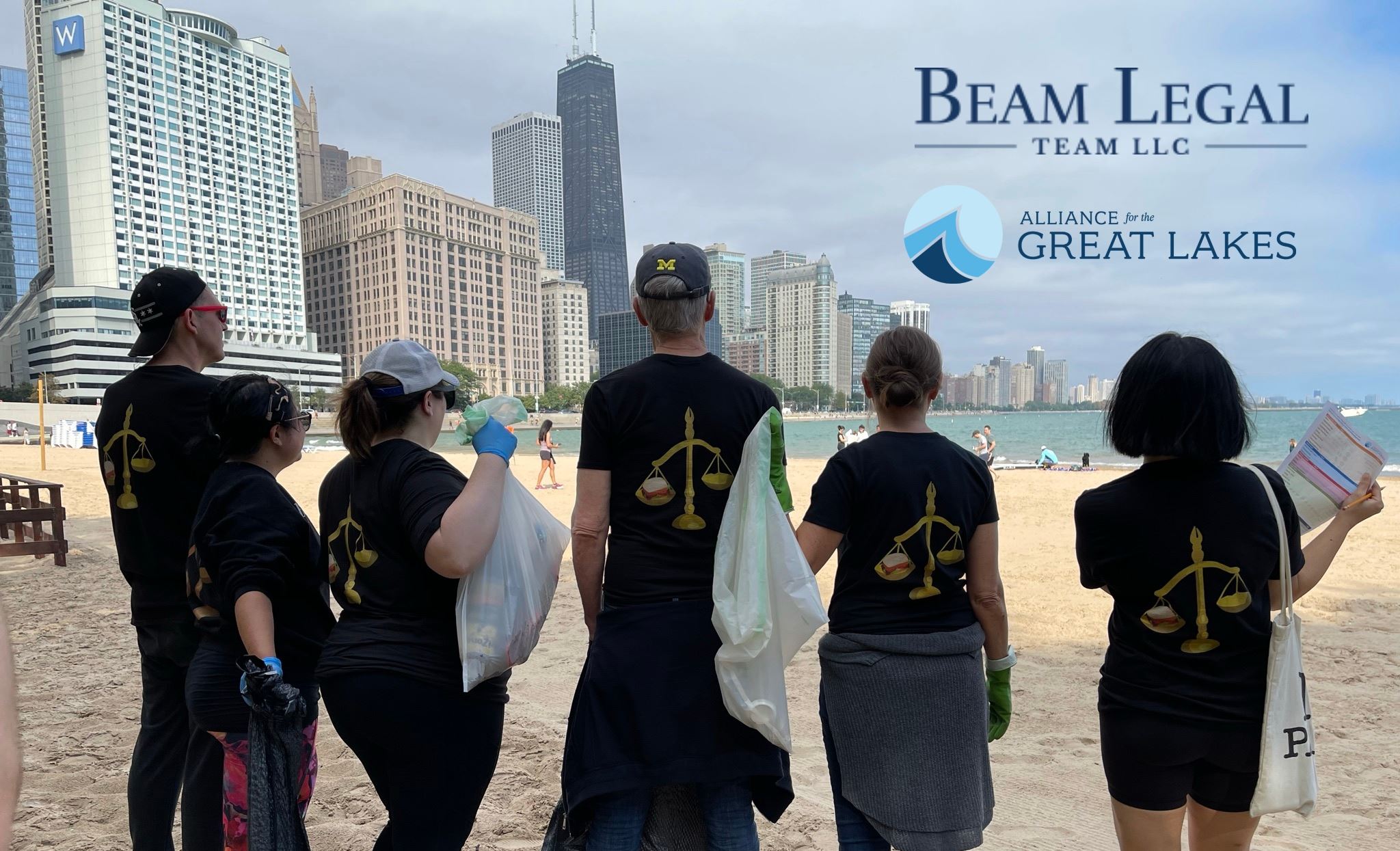 It was a beautiful day September 18, 2021, to celebrate the 30th anniversary of the Adopt-a-Beach program. Beam Legal Team and family joined thousands of volunteers at cleanups on all five Great Lakes and in all eight Great Lakes states. The Alliance for the Great Lakes are still tallying the data, but we know we picked up thousands of pounds of litter, most of it plastic. 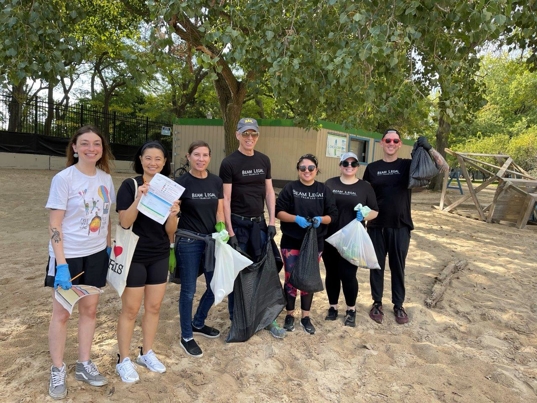 Here at Beam Legal Team, we are dedicated and passionate about keeping plastic pollution out of the Great Lakes, as well as committed to bringing clean drinking water to children and families in underserved communities, a basic human necessity. The Alliance for the Great Lakes and Beam Legal Team are strong advocates in reducing carbon emissions and fighting climate change.

Beam Legal Team has been a supporter of the Alliance for the Great Lakes f/n/a The Lake Michigan Federation for many years. Twenty years ago, Jack Beam wrote Go Blue, a farfetched tale about bad guys in Las Vegas trying to steal Great Lakes water. The environmental novel caught the attention of Cameron Davis of one of the “founding fathers” of the Federation, which orchestrated a three-state book tour. Cam Davis went on to serve as President Obama’s Great Lake’s water czar and has twice been elected to the Metropolitan Water Reclamation District of Greater Chicago. Fast forward to the present Go Blue is hardly fictional as drought ridden Western States look around to divert fresh water from the Great Lakes.