What is Cephalopelvic Disproportion (CPD)?

Cephalopelvic disproportion (CPD) is a birth injury or condition that occurs when there is a size discrepancy between the maternal pelvis and the fetal head such that the baby's head is too large to pass through the mother's pelvis. Cephalopelvic disproportion occurs when the fetal head is too large, the maternal pelvis is too small, or the fetal head is malpositioned as it enters the birth canal, presenting a significant risk to both the mother and the child. 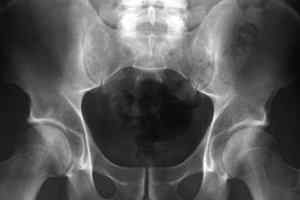 Though problematic and potentially dangerous, diagnosing cephalopelvic disproportion can be difficult in the absence of extreme circumstances such as an abnormally small maternal pelvis or macrosomia (an abnormally large child), and often times it can only be identified by abnormalities in length of labor, abnormal fetal heart tones, or the presence of molding and/or caput during labor.

Fetal head compression typically occurs in the event that a large amount of pressure is placed on the skull during labor.

This level of pressure can potentially result in:

With such severe and potentially damaging risks involved, it is important the physicians take careful steps in order to determine whether cephalopelvic disproportion is present prior to attempting a vaginal delivery. Though making an exact determination of cephalopelvic disproportion may be difficult prior to delivery, there are still many steps that doctors can take to gain a sense of the special dimensions that the baby will be navigating during labor in order to paint a clearer picture of what must be done to ensure a safe delivery and a healthy child.

Ultrasonographic imaging and ultrasound examinations are both ways in which doctors can measure the size of the fetal head, and the assessment of the dimensions of the maternal pelvis through a process known as pelvimetry are important ways in which a physician may make a more accurate determination as to the existence of cephalopelvic disproportion. These steps are extremely important to take in order to protect the child, as without making efforts towards obtaining a clearer picture of what conditions the baby will face during labor, it becomes far more difficult to assure a safe delivery and healthy outcome for the child.

If you experienced CPD and were not given the correct medical care, please don't hesitate to contact our Chicago birth injury law firm.