Hyperstimulation or tachysystole are terms that define some of the ways that the uterus can be overstimulated during labor. During the process of labor and delivery, a mother will release endogenous oxytocin, which stimulates uterine contractions and helps to progress the process of labor and eventual delivery of a baby. However, in recent years, the use of artificial oxytocin, marketed as "Pitocin," has become a widespread practice to induce labor in mothers who are overdue or who are having poor labor progress. 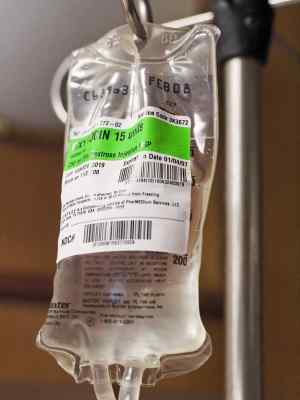 It is well-known in medical literature that end-organ response to Pitocin is dependent upon the mother, rather than the dosage used. Medical practitioners must be careful to monitor the mother and baby to assure the well-being of both.

The following are all prerequisites for use of the drug:

To fail to monitor a mother and baby correctly is extremely dangerous.

When a mother is contracting, blood supply and oxygen are cut off between the placenta and the baby momentarily. The baby can, in effect, "hold his or her breath" during the contractions and rely on his or her reserves in order to stay healthy during these periods of lack of oxygen. However, when the uterus is contracting too frequently, strongly, or without a return to normal "resting tone", a baby can begin to become hypoxic. Much like a mountain climber who is acclimating to higher elevations, the lack of oxygen, over time, can cause brain damage as a baby is no longer able to tolerate the periods of lack of oxygen. This, in turn, causes brain damage and can lead to cerebral palsy.

New literature, in fact, has revealed that the threshold for tolerance of too many contractions is lower than previously thought: in the American Journal of Obstetrics and Gynecology (AJOG), two articles recently examined the fact that 7 contractions in any 15 minute window of labor was independently correlated with neonatal injury, and the fact that the presence of any tachysystole during labor was also correlated with neonatal injury. These articles by Hayes and Heuser confirm what we know about the physiological responses of a mother and baby during labor, especially when Pitocin is causing too many contractions.