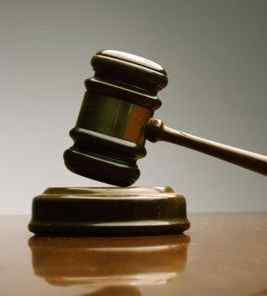 A Georgia trial judge decided that the physical attributes of a young girl with cerebral palsy might cause too much of a stir among jurors at a trial for medical negligence, and excluded her from being present during the proceedings. Her lawyers disagreed, and took the case to the Court of Appeals.

The Court of Appeals affirmed that ruling, adopting a test used by the United States Court of Appeals for the Sixth Circuit, which gives the trial court discretion to exclude a civil party when the party's physical and mental condition may generate jury sympathy and her mental condition precludes her from meaningfully participating in and understanding the proceedings. Quoting their decision, they recognized that:

Kyla was born with very low "Apgar scores," a gross assessment of the infant's medical condition at specific intervals after birth. Within a day of her delivery, Kyla had a brain ultrasound and CT scan, neither of which revealed any injury. A week later, an MRI of Kyla's brain revealed damage to parts of the brain that control motor function. Kyla was eventually diagnosed with spastic quadriplegia, a form of cerebral palsy. As a result of this condition, Kyla is unable to control her movements and is confined to a special wheelchair, she has a feeding tube inserted into her stomach, her airway must be suctioned several times a day, she has bladder and bowel dysfunction, she suffers frequent seizures, she has severely limited cognitive function, and she cannot speak.

The Kestersons contended at trial that Kyla's neurological injuries occurred when she was deprived of oxygen just prior to birth. They argued that [Appellees Walter Jarrett, M.D., Athens Obstetrics and Gynecology, P.C., and St. Mary's Healthcare System, Inc. d/b/a St. Mary's Hospital] were negligent in failing to timely recognize the signs of fetal distress and that if Jarrett had performed a cesarean section earlier, Kyla would not have been injured. The defendants argued that their actions did not fall below the standard of care, that an earlier Caesarian section was not medically indicated, and that Kyla's cerebral palsy may have resulted from something other than an event that occurred during delivery.

Determining that her symptoms might cause undue juror sympathy and affect the outcome of the trial, both courts refused to let young Kyla attend her own case.

However, the Supreme Court of the United States didn't agree. In part, they stated that:

The right of parties to be present in court when their causes are heard is undoubtedly strong as a matter of federal law. See Hampton, 282 Ga. at 491-492 ("The United States Supreme Court has long recognized that a criminal defendant's right to be present at all critical stages of the proceedings against him is a fundamental right and a foundational aspect of due process of law.")

Kyla was excluded from most of the trial of her case because of concern that her physical and mental condition would cause the jury to be biased — unduly sympathetic toward her. The court noted that this was a valid concern, but that it is also a common concern in tort cases where the victim has suffered a physical injury due to the negligence of others. Thus, they determined that jury instructions or a change of venue would be more proper, and remanded the case back to the lower court for a new trial in which Kyla could participate.

Instances of strong opposition in birth injury cases are not uncommon. Defense attorneys will seek every advantage in trying to deter families from seeking justice for injuries that their children sustained at birth due to medical negligence. If your child has been the victim of medical malpractice causing cerebral palsy, you may want to contact a Chicago birth injury lawyer who has both the resources and the experience to ensure that you and your family obtain justice.

You can read the entirety of the Supreme Court opinion here.