Did Your Doctor Fail To Detect A Complication in Time? 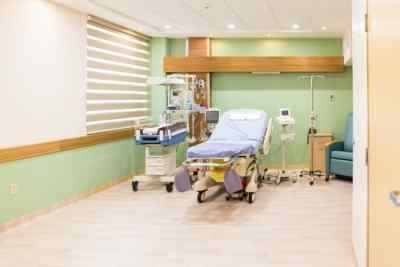 When many people think of medical malpractice and patient injuries, they tend to think of physicians who cause direct injuries to the individuals they treat. These may include medication errors involving the wrong drug being given to a patient, or surgical errors in which instruments are left behind or nearby organs are damaged.

While these are certainly examples of medical malpractice, they are not the only ones. Medical malpractice can also occur when patients suffer preventable harm due to a medical professional’s failure to identify recognizable complications in a timely manner.

Common examples failures to timely detect a complication, which can lead to preventable birth injuries, include:

When handling these cases, proving negligence and liability centers on showing that a medical professional failed to identify a complication or issue they could and should have detected. Establishing this failure typically involves showing how a medical provider’s care in that particular situation did not meet accepted medical standards. Did a nurse confuse the mother’s heart rate for the baby’s heart rate? Did physicians not notice tell-tale signs of distress or a serious condition? These are the types of questions we ask. We also work with medical experts who can help further illustrate that a reasonably skillful medical provider would have correctly and promptly identified a complication that went undetected in the case at hand.

Our record of success includes many verdicts and settlements that involved failures to detect complications during pregnancy, labor, and delivery. Here are a few representative cases:

If you believe a medical professional’s failure to detect or address a complication led to preventable birth injuries to you or your child, our legal team is readily available to discuss your case during a free and confidential evaluation. Contact us to speak with an attorney from Beam Legal Team.

Jack Beam is the founder of and a partner at Beam Legal Team. Jack was one of the attorneys who won a $23.5 million settlement on behalf of a brain damaged child. Over the past 15 years, he has been working alongside the other experienced and dedicated attorneys at Beam Legal Team.