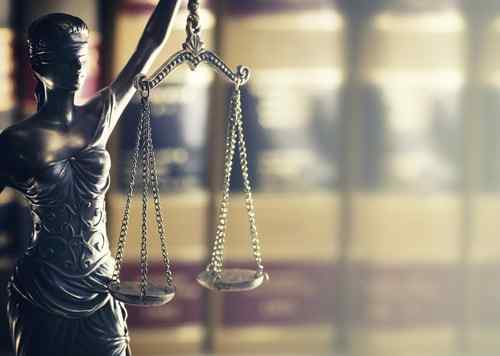 Chicago teen Kenneka Jenkins died on September 9, 2017 after becoming accidentally confined to a walk-in freezer in the downstairs kitchen of the Chicago-O’Hare Crowne Plaza Hotel. Her death has sparked outrage among news media outlets, online conspiracy theorists, and members of the surrounding community—but no one is more rightfully disturbed than Teresa Martin, Jenkins’ mother.

In the hours before Jenkins’ death, Martin became gravely concerned after she was unable to contact her daughter, who arrived at the hotel around 1:00 AM to attend a party in Room 926.

Other visitors complained about the noise and the powerful smell of intoxicants coming from the room, though Capital Security (the contractor providing security services for the hotel) failed to intervene. The occupants of the room also disabled a smoke detector, which also did not trigger any intervention from security or hotel staff.

Martin reported her daughter’s disappearance to the hotel at 2:30 AM. By this time, Jenkins had wandered out into the hotel and left her cell phone upstairs. Hotel surveillance videos reveal that she had walked downstairs in an obviously disoriented state and was seen by multiple staff members as she was walking toward the freezer, though no one stopped her. Martin was assured by hotel staff and Capital Security that they would review video footage and cameras in order to find Jenkins, though they failed to do so in a timely manner.

Martin continued searching for her daughter and reported Jenkins’ disappearance to Rosemont Public Safety Police after 12:30 PM the same day.

Later than night, at 10:30 PM, a hotel employee walked into the freezer where Jenkins had been sitting since the night before. The employee failed to see her, and Jenkins was not discovered until 2 hours later, at which time she had already frozen to death.

In addition to CPO Hospitality LLC and F&F Realty Ltd. (the managing entities at the Crowne Plaza Chicago-O’Hare Hotel) and Capital Security, Martin’s suit also names MBC Rosemont LLC, which is the restaurant responsible for operating the kitchen area into which Jenkins wandered and which contains the walk-in freezer in question. MBC Rosemont LLC may also be on the chopping block if the allegations that they failed to secure the freezer, maintain adequate latching and locking systems, and ensure clear signage are proven true.

At Beam Legal Team, LLC, we are proud to represent Ms. Martin as she seeks appropriate compensation for the loss of her daughter and the pain and suffering her daughter endured while slowly freezing to death in this tragic, avoidable accident. Attorneys Jack Beam, Matthew Patterson, and Ryan Timoney are currently representing Ms. Martin, and we have partnered with Fieger Law (a Michigan-based personal injury firm) in order to ensure her case is as strong and effectual as possible.