Can Lack of Oxygen During Birth Cause Developmental Delays? 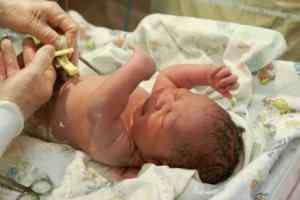 Oxygen deprivation, or asphyxia, is a known and substantial risk during labor and delivery. When newborns suffer from a lack of oxygen, they can experience significant short- and long-term health consequences, including lifelong disabilities and developmental delays. In the most severe cases, oxygen deprivation or anoxia – the term used to describe no oxygen reaching the brain – consequences can be fatal.

Because oxygen deprivation has the potential to result in serious complications and impairment, birth injury cases involving newborns who suffered from a lack of oxygen focus on whether injuries could and should have been prevented. This means focusing on a few important elements:

At Beam Legal Team, our Chicago-based birth injury attorneys have helped numerous families across the country after medical malpractice resulted in injuries to their children. These include families whose newborns suffered developmental delays and long-term disabilities as a result of a preventable lack of oxygen.

When newborns suffer from a lack of oxygen for any reason, they can experience a condition known as Hypoxic-Ischemic Encephalopathy (HIE). According to scientific studies, oxygen deprivation can result in mental impairment and developmental delays even at low levels, and is associated with a number of long-term conditions. While some cases of low-level Hypoxic-Ischemic Encephalopathy have been linked to developmental delays that persist for as long as five years after birth, mild and more severe oxygen deprivation have been linked to permanent brain damage and long-term problems with development. In a previous blog, we discussed the long-term effects of birth asphyxia in depth.

Birth Injuries and impairments resulting from oxygen deprivation can include:

Depending on the severity of impairment and developmental disabilities, children may require specialized care, including specialized education, therapy (physical, behavioral, speech, etc.), medication, increased medical attention, and even home modifications. In severe cases, these needs are elevated and can persist for lifetimes. As a result, families often find these requirements financially and emotionally taxing.

One long-term side effect that is not often considered is the effects that asphyxia can have on the entire family. All members of the family will likely be involved in the extensive care that is required for the child with cerebral palsy, autism, or another development disability. The consequences of birth defects can often last a lifetime for each person involved.

If you believe your child has suffered harm, developmental delays, or permanent impairment as a result of oxygen deprivation during birth, you may be entitled to compensation if the injuries were caused by the negligence of treating medical professionals. At Beam Legal Team, our attorneys leverage decades of combined experience to help families review their situations and determine if they have a valid case. When they do, we help them fight for the compensation they rightfully deserve. Over the years, we have done just that – securing over half a billion dollars in verdicts and settlements for our clients, including those whose losses were caused by their child suffering from a lack of oxygen.

To discuss a potential case with a member of our team, contact us for a FREE consultation.